This is important. Animals need your help NOW.

The King Amendment says we should be treated any old way, regardless of what your state laws say.

The House-Senate conference committee that will negotiate a final Farm Bill is working now.

We need to convince them to drop the King Amendment.

Don’t know what the King Amendment is? It’s an amendment that would over-rule the laws in individual states that enforce stricter animal care standards. Read more about it here.

And this from a legislator who supports states’ rights!

I’m asking you to please do your part to strike down the King Amendment.

Our best bet to defeat this amendment is to have it removed during conference committee. You can help make that happen.

Please make a brief, polite phone call to these four leaders of this conference committee, and ask them to remove the King amendment from the final Farm Bill:

You can say: “I’m a concerned citizen, and I’m calling to urge you to oppose the King amendment and remove it from the Farm Bill. It’s a dangerous and radical attack on states’ rights.”

The argument that it attacks states’ rights is to get the more conservative members on board.

I called yesterday and was able to talk to staff for Stabenow and Lucas. I left a message for Cochran. The voice mail was full for Peterson, so I’ll hit him up again today.

Will you please call today? For animals? 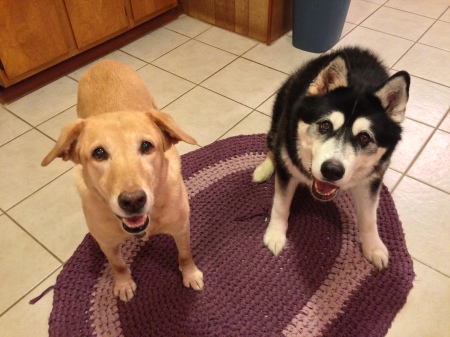 The King Amendment affects us too as puppy mills are considered animal agriculture.

Hello and welcome. I’m a 50 something woman who’s probably awake when she should be sleeping. Oh, and there are animals, because who doesn’t have pets?
View all posts by Jen and the Furries »
« Photos of Cats Doing Cat Things
Some Interesting Info on Voters and Pets »

26 thoughts on “Help Stop the King Amendment. Here’s How:”

Today I made banana pudding from scratch. #yum #cooking #imadethis