In Victoria Australia, Killing a Dog With a Hammer is Humane?

There’s a fight brewing in Victoria, Australia, over the welfare of animals. 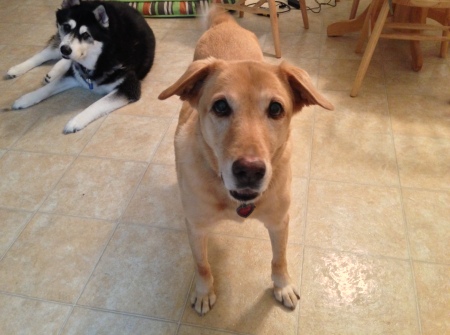 If a new law is passed, dog and cat breeders in Victoria Australia could legally kill me with a hammer- as long as it’s away from other animals, of course.

A proposed revision of the code regulating animal breeders would allow breeders to euthanize their own animals (currently they can do so only in an emergency and if a vet is not available). The proposal would call for the breeder to use a “humane” method of euthanasia.

On August 5, Agriculture Minister Peter Walsh was asked in an interview on Ballarat ABC Radio about that law. He admitted that shooting an animal or using a blunt instrument, if done appropriately, could be a humane method of euthanasia under the code change.

Here’s a recording of the complete interview.

Not surprisingly, Minister Walsh is now backtracking and claiming his comments were taken out of context. But it was apparent to me, after listening to the interview, that the welfare of animals is not something he cares about.

If you live in Victoria, I encourage you to make your feelings about the issue known. The comment period is open only through Tuesday, so please act TODAY. All submissions must be in writing and must include your name, mailing address, and a contact email address.

You can send an email to: animal.welfare@depi.vic.gov.au

Please step up and let your voice be heard TODAY.

And a big thanks to Bumpy Road to Bubba for making me aware of this issue.

Hello and welcome. I’m a 50 something woman who’s probably awake when she should be sleeping. Oh, and there are animals, because who doesn’t have pets?
View all posts by Jen and the Furries »
« We’re Trying by nature Grain-Free! What Did We Think?
No Blunt Instrument Needed. Your Outcry Bowled Me Over. »

122 thoughts on “In Victoria Australia, Killing a Dog With a Hammer is Humane?”