//
you're reading...
Best News I Heard All Week

Best News I Heard All Week!

I’ve been thinking about what to do with the blog on Sundays, now that DeDe is no longer here to dish out her beauty advice.

Little Girl offered to take over, and perhaps later she will, but the rest of us said we’re not ready for that yet. 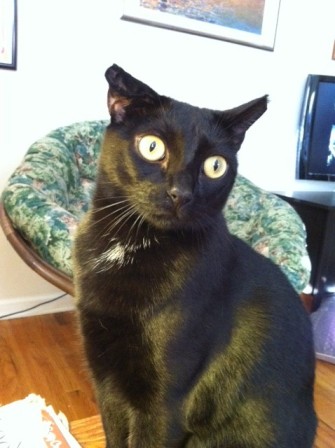 See, I know a thing or two about beauty!

Then Bubba had an idea of posting the best news of the week for animals.

The rest of us thought that was a great idea, and we’re sure DeDe would have approved.

So without further ado, we present our new segment- that we haven’t figured out a name for yet.

Have a title suggestion for this new feature? Leave it in the comments below!

This week we talk about what’s missing from the Farm Bill, namely the King Amendment.

The King Amendment would have banned states from enacting laws that regulated how agricultural animals are cared for. Seems the egg industry was upset that some states wanted better living conditions for the laying hens, and got King on board to help them mandate the use of battery cages. But it appears there was little support for King’s amendment, and it was flushed out of the law. Hooray!

And as an added bonus, the Farm Bill includes an amendment that makes it a crime to attend or to bring a child to an animal fight. That means law enforcement will now be able to arrest those that attend cock fights, dog fights, and other animal fighting events. Folks are less likely to go if it means they’ll get arrested, which will dry up the demand. And if there’s no demand for dog fighting, there will be fewer dog fights.

Hello and welcome to my journey of living after existing for years in depression. I write about companion animals, love, and creativity.
View all posts by Jen and the Furries »
« A Tale of Two Commercials
Dog Poetry Day! »

41 thoughts on “Best News I Heard All Week!”

Leroy is sleeping with the fishes - the catnip kicker fish that is. It’s his favorite.