What Does it Mean to “Rescue” an Animal?

What does it mean to “rescue” an animal? I’ve pondered this question for quite a while.

Merriam Webster defines “rescue” as to save (someone or something) from danger or harm.

I think it’s reasonable to say I rescued Malachi.

So if I buy a dog from a puppy mill breeder, am I rescuing it? After all, I might have freed the pup from a puppy mill, and that could be dangerous or harmful. But then again, if I don’t buy the dog, someone else most likely will, so it’s no more likely to suffer if I do or don’t.

Well some folks think that DOES equal rescue.

And many other folks believe that adopting from a shelter or rescue is “rescuing” the animal. But is it? True, they’re freeing it from the confines of the shelter, but is that rescuing the animal, or merely adopting it? Merriam Webster defines “adopting” as  to take by choice into a relationship.

If I don’t like how a dog or cat is being treated, and I take in the animal without first consulting the owner, am I “rescuing” the animal, or am I stealing it?

Personally, I’ve always felt that to rescue an animal means you’re the one that picks it up from the side of the road and tries to find its home, or takes it in when you find it looking so scrawny that it’s a wonder it’s still alive. But hey, that’s just me. 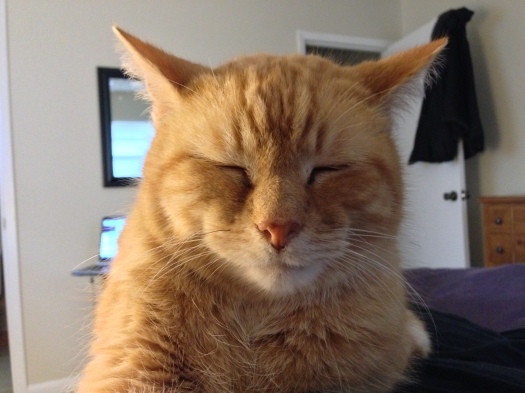 Bubba and Junior were found by a co-worker on the grounds of our employer.

Does it even matter how we define the term?

Yes, it does. As I’ve mentioned before, some puppy mill breeders are setting up websites where you can “rescue” a pup from a puppy mill. Pretty clever, eh?

If we’re going to combat these sorts of shenanigans, a good first step would be to come to an agreement on what it means to rescue an animal.

Then we need to educate the general public on why it’s so cool to “adopt” a true “rescued” pet.

So what does it mean to you to “rescue” an animal?

Hello and welcome. I’m a 50 something woman who’s probably awake when she should be sleeping. Oh, and there are animals, because who doesn’t have pets?
View all posts by Jen and the Furries »
« The Things that Keep Me Up at Night…..
Rescue? Oh, It Means What I Want it to. »

64 thoughts on “What Does it Mean to “Rescue” an Animal?”