We’re Having Problems with Bubba Cat

So I’ve got this problem with Bubba Cat.

Last night he pissed on my jeans. Again.

Let me back up to the beginning.

A year ago, Bubba started spending all of his time in my bedroom. A couple of trips to the vet and I was told he has arthritis. So I set him up with a special litter box that was easy to use, fed him separate from the others, and gave him alone time in the room.

Then we moved to our current location. At first, he was fine. He interacted with all the others. He used the community litter boxes.

But about the time I found out DeDe had cancer, he started up again. 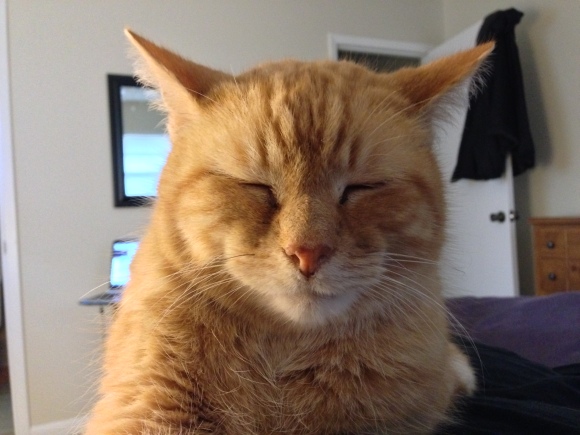 He acts afraid of the younger males, but they don’t seem to bother him until he starts growling at them.

I now have TWO litter boxes in my room for just him. None of the other cats use them. And they are cleaned daily. I feed him separately.

I give him water, and he drinks like he’s dying of thirst. For a bit. Then he knocks all his water out of the bowl.

And, occasionally, he pisses on my clothes.

As for his arthritis, he seems to get around OK. He loves to play laser. He seems to have no problems jumping up on the furniture. But I know he’s a cat, and he’s not going to let it be known that he’s hurting.

So I guess it’s back to the vet with him, to see if there’s something else that can be done.

Hello and welcome. I’m a 50 something woman who’s probably awake when she should be sleeping. Oh, and there are animals, because who doesn’t have pets?
View all posts by Jen and the Furries »
« Can a Pet Be ‘Too Happy?’
The Man Who Started the Animal Welfare Movement in America »

54 thoughts on “We’re Having Problems with Bubba Cat”