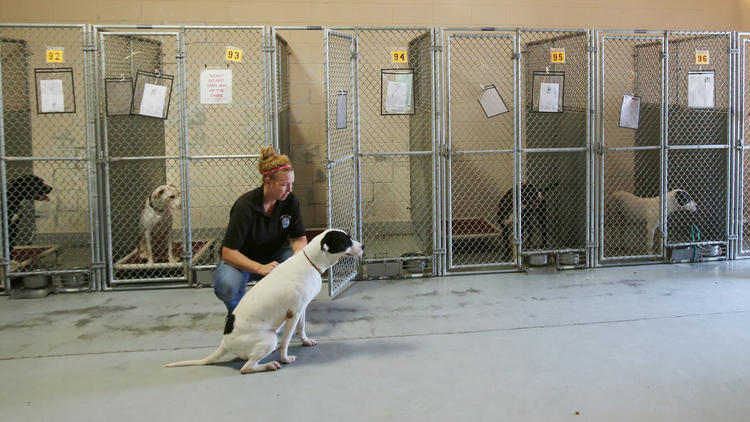 The shelter had traditionally been a high-kill shelter, and had, in the past, taken little action to rectify the situation, to the consternation of the community.  The shelter had been through two directors recently.

But on October 1st, Sheriff Gary Borders’s office took control of the shelter, and brought in a new director, Jacqueline Johnson. to change the way they do business.

In the 10 days Johnson was director of the shelter, 147 animals were euthanized, including 20 animals in one day.

Sheriff Borders is committed to reducing the number of animals killed in shelter, and he wasn’t pleased with Ms. Johnson’s decision, so he let her go.

This brings up lots of questions in my mind.

For instance, why would a woman who claimed to have worked in rescue do such a thing?

Were the animals stressed from being confined?

Were there adequate volunteers to provide care for the animals? Were they walked? Played with? Petted?

Does the agency have the money needed to provide responsible care?

Was the director asked to do the impossible?

And who was responsible for releasing this story to the media?

Do I believe Ms. Johnson made the right decision? I don’t know. i wasn’t there.

But I absolutely DO believe someone is playing dirty politics. The story hitting the media like this makes me very suspicious of those who claim to be working for the welfare of the animals in that community.

16 thoughts on “The Politics of Animal Shelters”