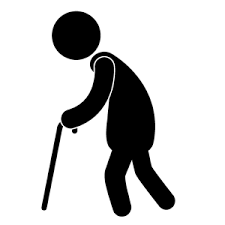 They’re building ramps at the front and back entrances of my neighbor’s house.

My neighbor, I’ll call her Sue, is a woman in her golden years who lived alone and worked most every day. I saw her outside all the time, but I haven’t seen her in a couple of weeks now. Now there’s always at least one other car in the drive, both day and night.

I don’t see Sue’s dog outside as much as I used to. And the ferals she used to feed don’t come around anymore.

I don’t know the woman that well. I’ve said hello a few times, but that’s it. So while I’m concerned, I don’t feel it would be appropriate for me to pop up at her door and ask what the heck’s going on.

The good news is, there are people involved so that, if there is a problem, I’m sure she’s being well cared for.

I can’t help but wonder what I’d do if something serious happened to me. What if I had a stroke, or fell and broke a hip? How would I care for my animals? Would I have to surrender them? I missed two days of work because a dog bit me while I was on the job, and not one of the social worker types I work with bothered to pick up the phone and call. I take that back. My supervisor called me Thursday and asked how I was doing, then wanted to know if I was working (it’s my scheduled day off) because there was a “situation” that needed handling.

So I doubt seriously any of the people I work with would be volunteering to help out if I really needed something.

I’ve decided that it’s time to consider buying long-term care insurance. That would cover me, but not the gang, would it?

Truth be told, I don’t have anyone that could take them in. So we all know what’s most likely to happen. It’s not what gives me comfort, but it is what it is.

Maybe I’ll get lucky and I won’t live to see that day. But if I do, it will surely kill my spirit. In the meantime, I’m praying that those who care for Sue aren’t removing her beloved companions, and killing her spirit too.

42 thoughts on “What Will Happen to Rumpy if I Can’t Care for Him?”