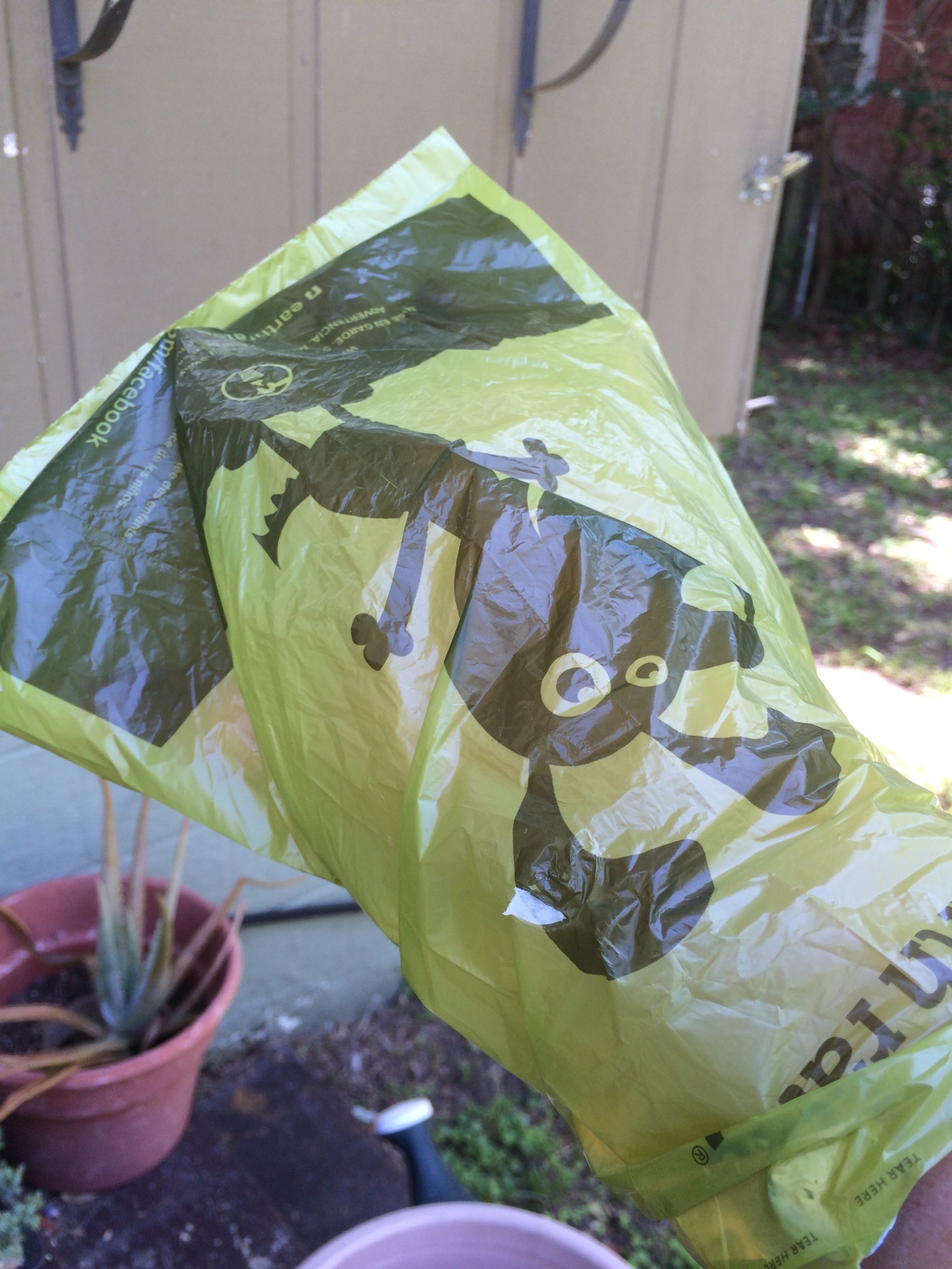 Recently I was made aware of a research paper submitted by Matthias Gross and published in Environmental Sociology. Professor Gross apparently followed around dog owners in Europe to observe how they handed the poop issue. What did he find? If no one was around, owners were less likely to scoop the poop.

There’s also the problem of those dog owners who DO scoop, but then leave the bag of poop somewhere where they think they won’t be observed, because they don’t want to carry it around.

I get that. I’m not a fan of poop pick-up either, but I do it, partly because I don’t want my neighbors to think a person who does the kind of work I do is irresponsible and lazy.

So you can be sure I was pleased when Earth Rated contacted me about trying out some of their…. I’ll call them “waste collection products”.

It was the dispenser I was most interested in. As described in their marketing info, their dispenser “….has an adjustable strap that allows it to secure to any leash.” Here’s what it looks like on Rumpy’s leash:

On Rumpy’s leashes I had the option of fastening on the handle loop or by his head. No big deal when I’m just carrying around bags, but when I want to adhere the “used” bag to the hook on the back, it’s not fun having that dangling near my leg, and I certainly wasn’t going to have it against my dog’s head. I guess there are leashes that have a loop or pocket midway to allow you to fasten the carrier away from either body, but I’m not going to buy a new leash to go with a new dispenser. Still, it’s better than carrying the bag in my hand as we walk.

As for the bags themselves, they’re a good size. my full hand fits inside with room to spare.

Earth Rated’s product line includes a plastic-free bag, which allows your dog poop to be disposed of in a compost environment.

And they also sent Rumpy a cool bandanna that he modeled for me long enough to get a couple of pics.

Bottom line is this: if you don’t scoop the poop, eventually “The Man” is gonna catch up with you. And now that there are products like these provided by Earth Rated to simplify the work for you, you really have no excuse.

So get to it, people!

33 thoughts on “The Scoop on Scooping the Poop!”