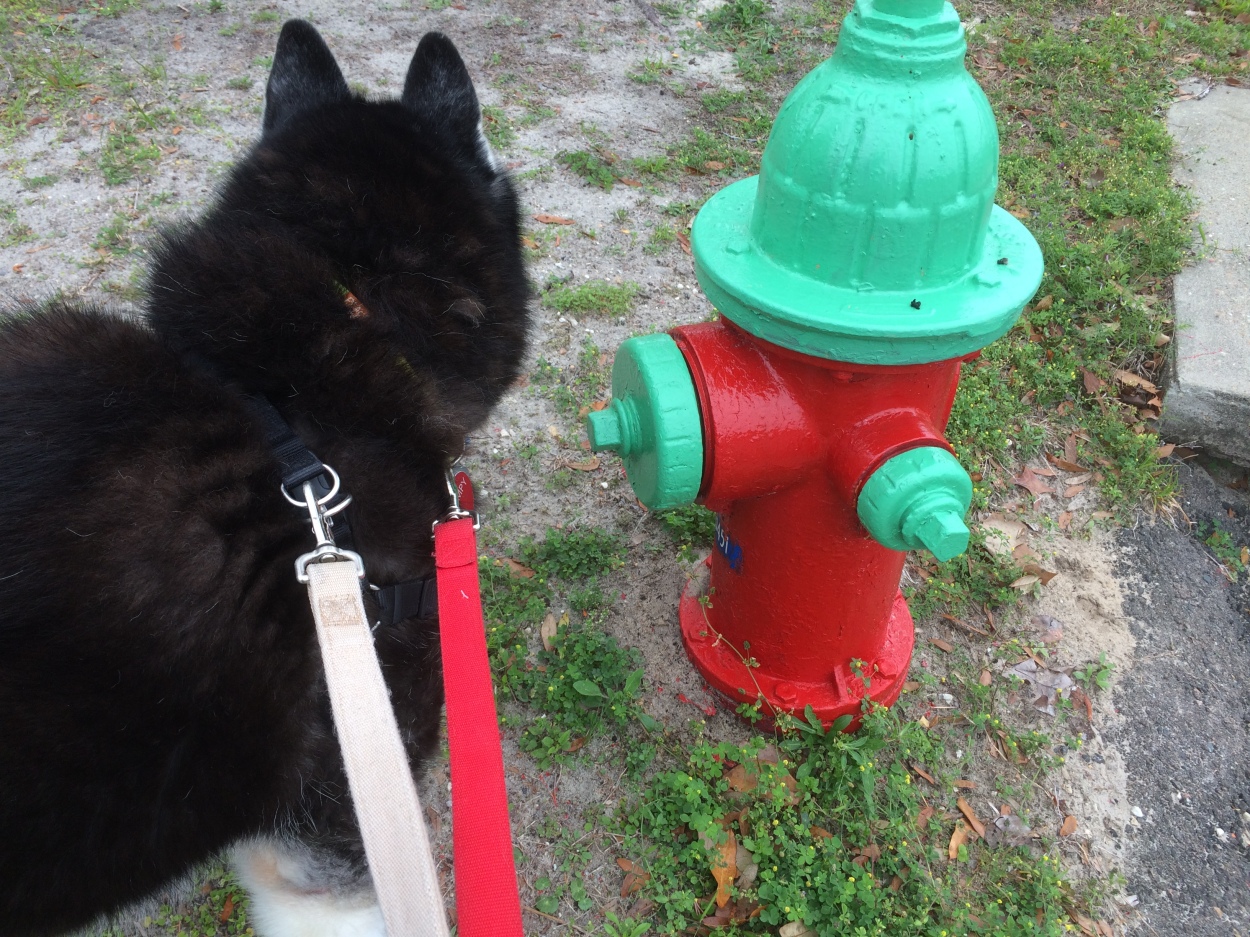 One thing is true about every walk I take with Rumpy- it will be filled with stops to sniff things.

There’s the trees in front of the insurance agency where the neighbor dog does his thing.

There are squirrels to sniff around trees. It seems as though Rumpy can tell how long ago a squirrel was at the tree’s base, then he looks up to see if the squirrel is still there.

And, of course, there are the human smells. Where they pee. Food containers they discard. Cigarette butts. Towels or discarded clothing. Sometimes there are the humans themselves. I have to be on the lookout for sleeping homeless people because I don’t want Rumpy to sneak up on one.

What’s the deal with all this sniffing anyway?

Of course we all know that dogs’ noses are far more sensitive than our own. I smell urine. Rumpy can detect what creature left it there, when, and what was that creature’s state of health.

For Rumpy, sniffing things during a walk is like catching up on the neighborhood gossip, so peeing on a tree or a fire hydrant truly is leaving “pee-mail.”

And Rumpy’s sense of smell is also used indoors. Rumpy knew DeDe had cancer, because I often caught him sniffing the tumors. I can open a jar of peanut butter and no matter where that dog is, he soon finds his way by my side.

Some dog trainers will tell you that it’s important to train your dog to not sniff during walks, or to only allow your dog to do so as a reward. I’m not a trainer, but I am a dog owner, and I will tell you that, at least for Rumpy and I, walks should be long enough to get a reasonable amount of exercise and allow for time to stop and smell the roses…. or lamp posts…… or bushes.

There are a few things I don’t allow him to sniff: dead animals (he might try to eat it), discarded food (he might try to eat it), and people (no he won’t eat them, but some are afraid he will). I also don’t let him go near other animals. This morning he wanted to go make friends with a turtle, but I said no, though we did stand nearby until the turtle crossed the road in case we needed to warn cars of his presence. Rumpy likes to go near Charlie’s art lab because Charlie feeds the homeless kitties, but I’m never sure if he wants to befriend the cats, or steal their food.

I personally feel that sniffing during walks is just as important for Rumpy as is the physical exercise. It’s mentally stimulating for him and offers his life variety. Maybe that’s why he wanted to change his walking route- the old one didn’t have enough exciting things to smell.

I🎶 I want these other cats to go for Christmas, only a one cat humanoid will do, don’t want to share my treats,