My History is Steeped in Racism, and I Didn’t Even Know It

They’re shutting down the high school I attended, and my high school peeps are posting all sorts of nostalgic comments to Facebook of wonderful times shared at a school whose mascot was the Rebel. 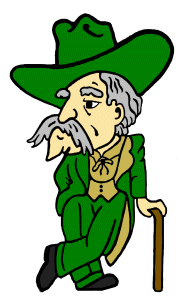 Yes, that was and still is the school mascot. But of COURSE there was no racism in being the Rebels…… right? Picture me rolling my eyes here.

In high school we sang “Sweet Home Alabama” while smoking pot and drinking beer on the top of Monte Sano Mountain. I played in the marching band, and once we played Dixie at a football game, to honor the memory of some important white dude that had died. The Stars and Bars flew at football games, especially when we played rival school Robert E. Lee (now shortened to Lee High School, whose mascot is the Generals) or Jeff Davis High School.

After high school I studied for a year at Tulane University in New Orleans. Tulane is named in honor of benefactor Paul Tulane, who was also the largest New Orleanean donor to the Confederacy during the Civil War.

Partying was more important than studying, but after a few years I decided it was time to go back to school. This time I enrolled at John C. Calhoun Community College, named after a South Carolina politician who supported slavery and helped lead the South toward secession.

Practically every town in the South has a street named after Martin Luther King Jr., but they also have a Jackson Street, a Calhoun Street, and a Forrest Street (where my maternal grandparents lived). 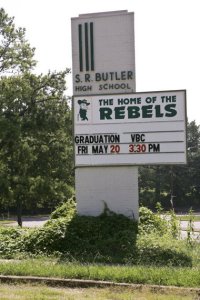 I’ve always been aware of the overt and covert racism of the South, but I’ve liked to think that despite all that, I’m a progressive person today. Yet it wasn’t until this weekend watching news coverage of the aftermath of the shooting in South Carolina that I truly became aware of how much of my world was, and still is, affected by racism and the Civil War.

Yes, I do know white people who use the N-word, but they now look around before they say it.

I see Rebel flags on car tags, belt buckles, used as curtains in some mobile homes, and flying from flag poles.

I drove by two Civil War memorials on Interstate 65 on a recent trip to Nashville. 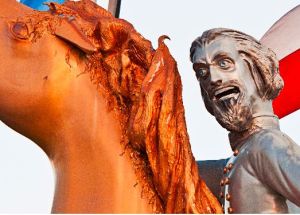 This is up close and personal with the statue of Nathan Bedford Forrest that can be seen from I-65 in Nashville. An appropriately scary look for the man who formed the KKK. (photo: nashvillescene.com)

And I live in a region with lots of whites who are worried that their heritage is being trampled on. I’m trying to figure out what that’s supposed to mean. How can someone want an ancestor honored as a war hero for fighting against the US, while at the same time want to blow up every country in the Middle East because a few people from that region attacked the US?  It just doesn’t make sense.

So wax on about how wonderful your high school years were if you must, but don’t associate your youth with a racist symbol. It’s time for Butler and it’s rebels to go. And while you’re at it, change the name of Lee High too, and its’ mascot the generals. You ain’t fooling nobody. We all know who the general was.

Hello and welcome. I’m a 50 something woman who’s probably awake when she should be sleeping. Oh, and there are animals, because who doesn’t have pets?
View all posts by Jen and the Furries »
« Rumpy’s Tummy is Under Attack by Terrorist Bacteria!
Summertime: Dangerous for Pets, so Be Prepared! »

24 thoughts on “My History is Steeped in Racism, and I Didn’t Even Know It”