I’m interviewing for a job next week and as part of the interview I have to make a 10-15 minute presentation. I thought I’d bore you with my topic as I get ready for that.

In case you’re not aware, I went through training in order to become a subject matter expert on domestic violence. Why is it important that child welfare professionals become familiar with domestic violence?

Half of men who frequently assault their wives also abuse their children (Edleson, J. L. (1995). Mothers and children: Understanding the links between woman battering and child abuse [On-line]. Available: http://www.mincava.umn.edu/papers/nij.htm).

Perpetrators of domestic violence who were abused as children are more likely to physically harm their children (Suh, E., & Abel, E. M. (1990). The impact of spousal violence on the children of the abused. Journal of Independent Social Work, 4(4), 27-34).

Victims of domestic violence are more likely to perpetrate physical violence against their children than caretakers who are not abused by a partner or spouse (Straus, M. A., & Gelles, R. J. (Eds.). (1990); Walker, L. E. (1984). The battered woman syndrome. New York: Springer).

A review of CPS cases in two States identified domestic violence in approximately 41 to 43 percent of cases resulting in the critical injury or death of a child (Spears, L. (2000). Building bridges between domestic violence organizations and child protective services). 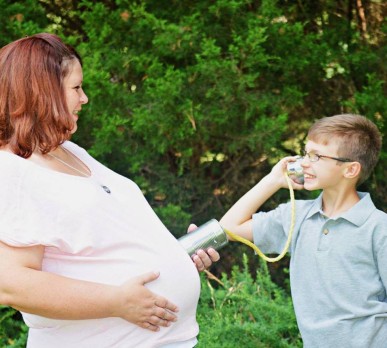 Remember Kristen? I told you about how her husband killed her, her son, her nephew and her mother. Kristen was 9 months pregnant with the child of the man who killed her.

In my world, I’m faced with family violence almost every day. In your world, maybe you are, maybe you aren’t. But I’m guessing that unless you live a solitary existence, you know someone who is the victim of domestic violence.

And yet we don’t seem to care. The number of American troops killed in Afghanistan and Iraq between 2001 and 2012 was 6500, while the number of American women who were murdered by current or ex male partners during that time was 11,500 (Huffington Post). Americans are all up at arms about veterans, but they’re not shouting to the rooftops to end family violence.

We blame and shame the victim. We dismiss the violence by saying if it was really that bad, she’d leave. But it’s when she does leave she is most vulnerable, because she is 70 times more likely to be murdered in the weeks AFTER she leaves. Domestic violence victims are 8 times more likely to be murdered by their partner if there are firearms in the home, and of course we have LOTS of guns in our homes.

And for those of you who could give a rats’ ass about humans? In Wisconsin, 68 percent of battered women revealed that abusive partners had also been violent toward animals, and over 3/4 of these cases occurred in the presence of the women and/or children to intimidate and control them. Children who are exposed to domestic violence were 3 times more likely to be cruel to animals. The Chicago Police Department found that approximately 30% of individuals arrested for dog fighting and animal abuse had domestic violence charges on their records. These statistics come from the ASPCA.

The reality is, in the end, we’re all fighting the same fight. Perhaps it’s time we joined together and started acting like it.

Hello and welcome. I’m a 50 something woman who’s probably awake when she should be sleeping. Oh, and there are animals, because who doesn’t have pets?
View all posts by Jen and the Furries »
« Taking Water for Granted
Why Do We Still Believe Sexism Doesn’t Exist? »