The World Health Organization defines Mental health as “…a state of well-being in which every individual realizes his or her own potential, can cope with the normal stresses of life, can work productively and fruitfully, and is able to make a contribution to her or his community. 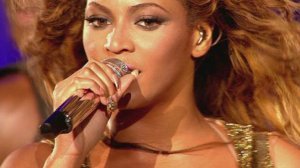 According to the WHO, around 20% of the world’s children and adolescents have mental disorders or problems. More than 1 out of 20 Americans 12 years of age and older reported current depression in 2005–2006 (NCHS Data Brief. 2008).

In one long-term study, as many as 80% of young adults who had been abused as children met the diagnostic criteria for at least one psychiatric disorder at age 21. These young adults exhibited many problems, including depression, anxiety, eating disorders, and suicide attempts (Silverman et al., 1996).

Mental and substance use disorders are the leading cause of disability worldwide. The Centers for Disease Control report that about 25% of all U.S. adults have a mental illness and that nearly 50% of U.S. adults will develop at least one mental illness during their lifetime. 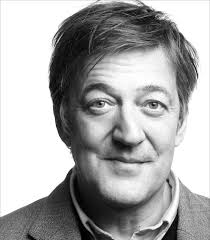 Stephen Fry has been diagnosed with bipolar disorder (photo: stephenfry.com).

War and disasters have a large impact on mental health and psychosocial well-being. Many of those who suffer the trauma of war, violence, or other life-altering events are further traumatized by those who make off-the-cuff remarks. Imagine what it must be like for the survivors of Roseburg to hear persons like Ben Carson say that HE would have stormed the gunman, implying the victims were at fault for not standing up to the shooter. Or what must it feel like for those families and survivors to know the gun industry will profit off their suffering and nothing will be done to prevent a similar tragedy.

Mental disorders are important risk factors for other diseases, as well as unintentional and intentional injury.  Mental illness is also associated with chronic medical diseases such as cardiovascular disease, diabetes, obesity, and cancer.

Stigma and discrimination against patients and families prevent people from seeking mental health care. We still see the mentally ill as somehow less than, even though many great people have been brave enough to come forward and share their stories of mental illness with the rest of the world, such as comedian Stephen Fry, J.K. Rowling, and Beyonce’.

J.K. Rowling was diagnosed with clinical depresson and contemplated suicide before she became famous as the author of the Harry Potter series (photo : @jk_rowling)

Globally, there is huge inequity in the distribution of skilled human resources for mental health. Here in the US there are plenty of mental health providers, but one must first have the means to pay for those services. If you’re a drug addict and need treatment, you’ll be put on a waiting list unless you’re one of the lucky ones that has a well-off relative willing to foot the bill. Communities have mental health centers that accept patients on sliding fee scales or Medicaid, but these agencies also have waiting lists, and the turnover rate for persons working in those agencies is high, which doesn’t foster trust for the person seeking care.

In order to increase the availability of mental health services, there are 5 key barriers that need to be overcome:

Let us today commit ourselves to providing adequate care for ourselves and for others who would greatly benefit from mental health care.

Hello and welcome to my journey of living after existing for years in depression. I write about companion animals, love, and creativity.
View all posts by Jen and the Furries »
« In Honor of #NationalPoetryDay, I Offer….
Death for Barking Dogs? A Social Media Dilemma! »

Leroy is sleeping with the fishes - the catnip kicker fish that is. It’s his favorite.