Why Do We Celebrate Halloween Anyway?

Happy Halloween! Today is all about spooks and sweets and lots and lots of fun! 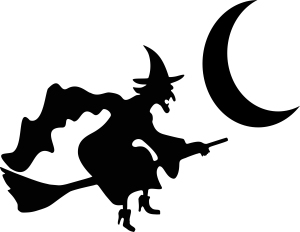 Halloween originates from a Celtic holiday called Samhain, one of the four major holidays for the ancient Celtic culture. Samhain, celebrated November 1st, marked the start of their new year, and it was believed that those that had gone on could come back to earth to visit. You know, as in ghosts? These ghosts would give guidance on how to survive the winter.

Once the Romans invaded and Christianity spread, the Catholic Church decided that the best way to strip the Celts of their culture would be to Christianize their holidays, thus Samhain became All Saints Day (November 1) and October 31st became All Hallows Eve.

But culture dies hard, and many of the ways we celebrate Halloween, such as parades, dressing up, bonfires, and apple-bobbing, are all ways the ancient Celts celebrated Samhain. So does trick-or-treating, which evolved from the practice of leaving food at one’s front door for spirits and fairies so they wouldn’t come inside and create havoc.

Irish immigrants to the US brought the idea of vandalism, or tricks. In the 1950s, in an attempt to curb that practice, the idea of family-friendly trick-or-treating took shape.

Today we spend more on Halloween than any other holiday save Christmas. While our current practice of adults dressing up in risque costumes and engaging in all sorts of debauchery, decorating our homes, and taking out dogs trick-or-treating may seem far different from the Celtic celebration signifying the transition from harvest to the long winter months, it’s not all that different, is it?

So while you celebrate today in whatever way you choose, stop for a moment and remind yourself that this holiday is still around is because of an ancient culture’s insistence their traditions not die.

Holiday info from National Endowment for the Humanities website.

Hello and welcome. I’m a 50 something woman who’s probably awake when she should be sleeping. Oh, and there are animals, because who doesn’t have pets?
View all posts by Jen and the Furries »
« It’s National Cat Day!
Why You Should Skip the Holiday Gatherings and Go Skiing Instead »

15 thoughts on “Why Do We Celebrate Halloween Anyway?”