And with October’s arrival, so begins the season of eating. 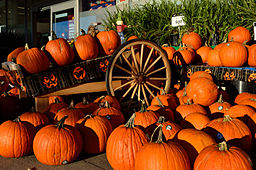 Halloween is at the end of this month, though stores are already fully stocked with all your candy, costume and decoration needs.

Vegans love candy too! And while it’s a poor nutritional choice, sometimes ya just gotta go there. After all, you’re going to be bombarded with sweet treats for the next 3 months, so you may as well be prepared by knowing which treats you can eat.

Of course, milk is an issue for many, and we all know that milk chocolate is not vegan, and many vegans choose not to eat honey. But there are more reasons to be careful with candy:

Carmine– a red food coloring made by crushing up female cochineal beetles. Also listed as cochineal, cochineal extract, crimson lake or carmine lake, or natural red 4. It’s commonly used in yogurt and candy to give it that bright red look. It’s also in your make-up, which is yet another reason to go cruelty-free.

Confectioners glaze-also called resinous glaze, is nothing more than food-grade shellac. Made with secretions from female lac bugs, it’s the coating that makes candies shiny. It’s also used to coat medicines and in some beauty products.

Gelatin-is usually used as a binder in many gooey, chewy candies like gummy bears and marshmallows. Even though it can be made using seaweed, gelatin is usually made by boiling the skin, bones, horns, and cartilage. Yep, Jello is made of cow feet. And many of your medicines have that stuff in them as well.

So if you want to be true to yourself and still get into the Halloween spirit, what to give all those little trick-or-treaters? I guess you could go with little boxes of raisins, but do you REALLY want to be known as THAT house?

Fear not! There are plenty of vegan candy choices out there! Here are a few of my faves. But first, a reminder that ingredient lists change, so check the label before you buy. 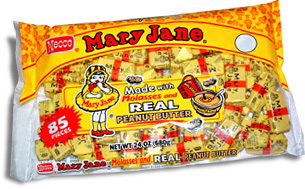 Yes, Mary Jane is vegan! And one of my favorite fall candy treats. 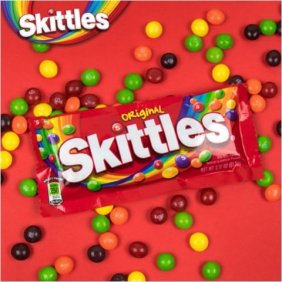 They’ve vegan, but the company has been trashed online for the methods used to get some of the ingredients used to make Skittles.

Peanut butter, coconut, and sugar. Chick-O-Stick is tasty and the company’s website promotes the candy as vegan friendly!

Taffy! Yum! Which do you prefer, Air Heads or Laffy Taffy?

Not sure if Cracker Jack is manufactured in a smaller size for treat-giving, though.

I’m probably the only person in the world that doesn’t like Oreos, but for those of you that do, they are vegan!

There are many other options out there. Here are a few links to finding a Halloween treat that’s right for you:

Hello and welcome. I’m a 50 something woman who’s probably awake when she should be sleeping. Oh, and there are animals, because who doesn’t have pets?
View all posts by Jen and the Furries »
« I Watched the Debate. I Saw Myself.
All Things Cat »