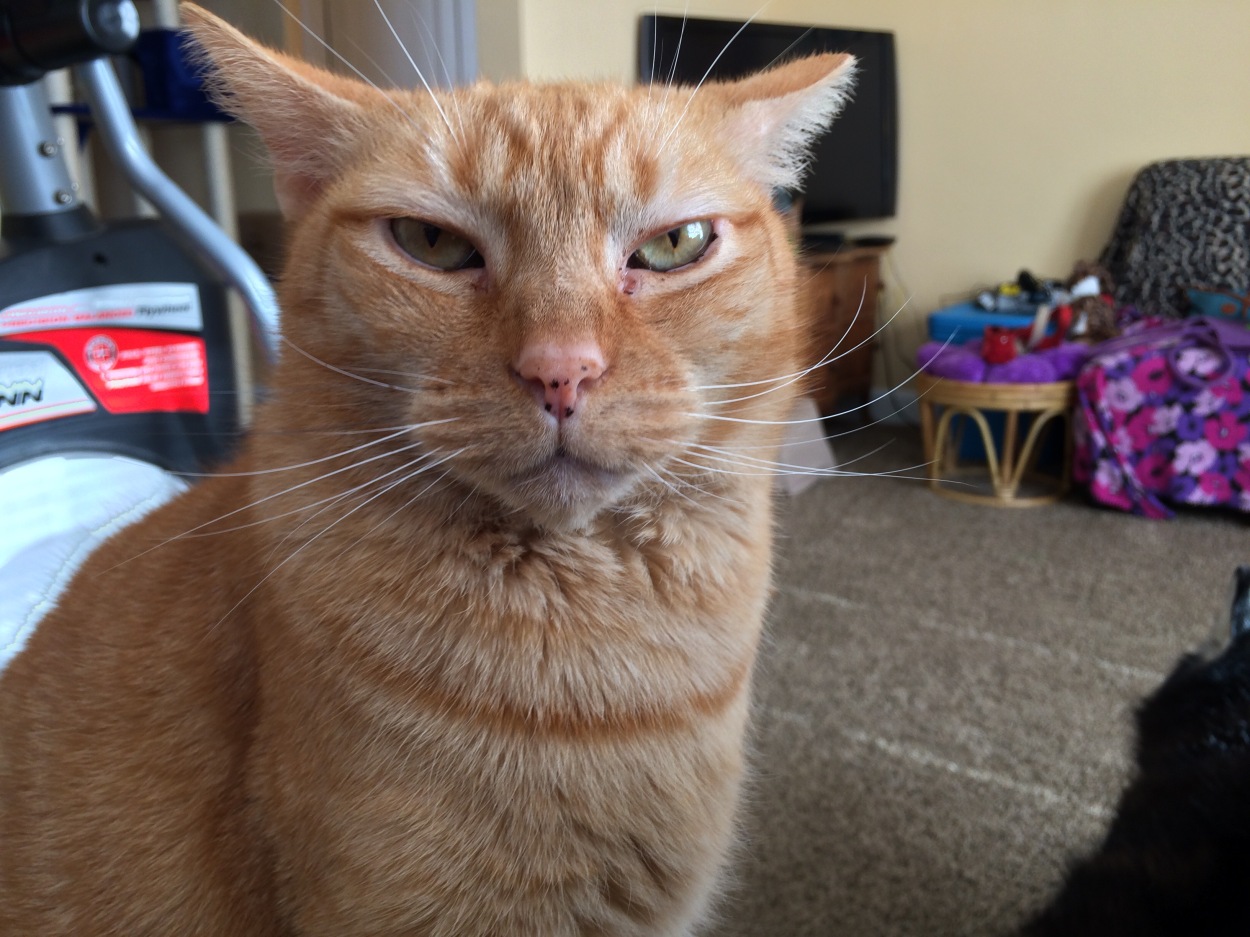 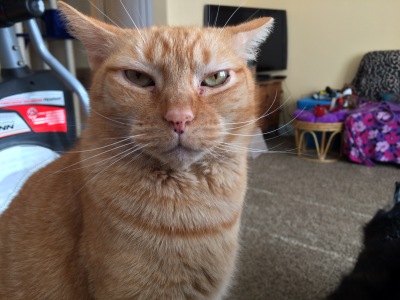 When Rumpy had pneumonia, I started feeding him chicken to get him to eat. Now he insists on it. I mix it in with kibble and he eats all the chicken and most of the kibble. Otherwise he won’t eat his dog food.

Now Bubba has decided he wants chicken too. He follows me and meows, such a forlorn sound, whenever I walk in the kitchen. Doesn’t matter if I’m getting coffee or a snack, or washing dishes… and I hate washing dishes. I swear, it’s one of my least favorite chores. But it’s even worse when you’re up to your elbows in dirty dishes and your cat cries non-stop for you to quit what you’re doing and give him some chicken.

The worst part is that half the time when I give Bubba chicken, he won’t eat it. He looks at the chicken, looks around, then leaves. So I pick up the chicken and follow him around to give it to him. And there’s still a sink full of dishes to wash… dishes that would have BEEN WASHED if he’d just have waited two minutes. Damn cat. 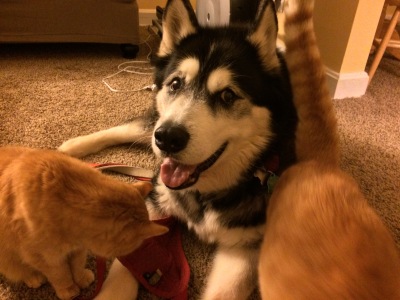 You know he’s not the only cat wanting chicken, don’t you? Of course June Buggie wants some too. I think he wants some just because Bubba does. He wants whatever Bubba’s got.

I have to feed Bubba away from the others, so I put him in the bathroom to eat. Then I give Buggie the EXACT SAME FOOD on the counter. But does he eat it? Oh, a few bites. Then he runs to the bathroom and sits at the door waiting for me to open it so he can run in and eat Bubba’s food. Not the sharpest tool in the shed, is he?

In the end, neither one of them ends up eating all their food, so I put it in the floor to share, because neither can jump up on the counter. And you know who ends up eating it? The dog. 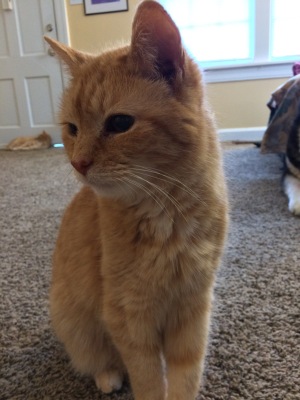 It drives me crazy, but it’s insanity of my own choosing. Contrast that with the insanity of yet another politician that is forced upon us. In defending his belief he knows better than a woman and her doctor what’s best for her, this dumbass politician who loves Jesus said some stupid shit about how women should bear the babies of the men who rape them because it’s God’s will.

Ya know, if there was a God, you’d think just ONCE it would be his or her will that one of those stuffed-shirt assholes would find their asshole stuffed with a rapist’s… well, you know what. But no, those white men aren’t raped, or beaten by their partners, or berated for dressing too provocatively, or shamed for gaining weight, or denied a job because of their gender. They have the pipeline to God, and God told them that he wants little girls whose fathers rape them to carry their daddy’s baby to term. Such compassion makes me want to vomit. And it also makes me an atheist.

Don’t get me wrong. I wish there was a God. Who wouldn’t want a fairy godmother to send a parking spot when needed or fix the game so your team wins… or heal your dog from cancer. Funny how the more well off you are, the more that God seems to give you. The rest are told they’re not getting their prayers answered because they need to read the Bible more, or pray the right way, or donate more money to their preacher.

After looking for the elusive God for many years I finally figured out that everything I have in my life, I gave myself. And if I want something different, I’m gonna get it by going for it. To me, God is a fairy tale that you can believe if you want to. I’ve got my own fairy tale, and that’s why I buy a lottery ticket regularly. 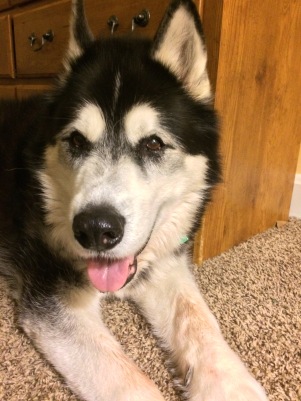 Right now what I want is for my dog to stay as healthy as he can for as long as he can, and that goal is best accomplished by making sure he’s taking in proper nutrition. To get him to do that, I feed him chicken.

And I will suffer the tiny little furry monsters.