Mike the LSU Tiger- The REST of the Story

So LSU has officially introduced the Tiger Nation to Mike VII, a “rescue tiger” donated to the school by Wild at Heart Wildlife Center, described as a sanctuary and located in Okeechobee, Florida. 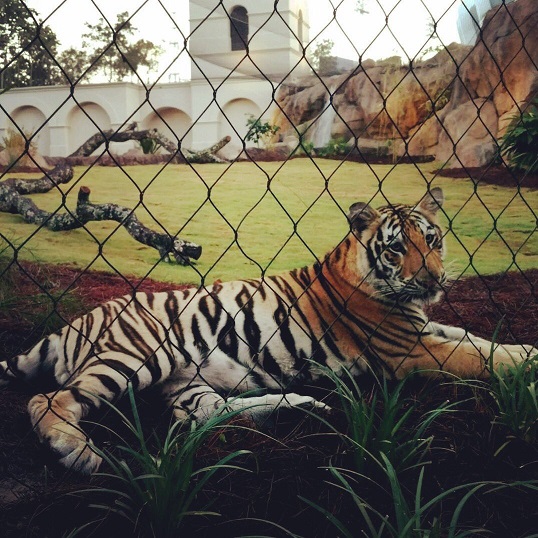 Sounds wonderful, doesn’t it? A tiger in need will now live a life of luxury in a habitat described by NPR reporter Ashley Westerman as, “a newly-renovated, 15,000 square-foot enclosure attached to Death Valley, the LSU football stadium. The enclosure’s amenities include a waterfall, a stream, a pool, logs for Mike to sink his claws into and even a night house for him to escape the elements.”

But before you go gushing about how wonderful this all sounds, let’s dig a bit deeper into this story.

Mike VII, whose original name was Harvey, lived his first 11 months in a Florida “sanctuary” that has a history of neglect.

Wild at Heart Wildlife Center is currently owned by Jaime and Jeremey Hargett, who took over Animal Adventures from Sue Pearce last December after Ms. Pearce, who is a friend of the Hargetts, was shut down by the USDA for repeated animal welfare violations (911animalabuse.com). When USDA went onsite to Animal Adventures last year they found a starving tiger in an enclosure of water mixed with feces with a water container sporting an algae bloom. They also found a partially exposed dead tiger that had been buried in a shallow grave.

Ironically, Ms. Pearce took over for Barbara and Jeffery Harrod of Vanishing Species after they were closed down by the USDA in 2009 (911animalabuse.com). Ms. Harrod, in 2010, pled no contest to 5 counts of wildlife violations. Among the findings of a USDA inspection were an arthritic tiger receiving inadequate vet care and small mammals that had been housed in a closed building and had died from the heat inside. She was sentenced to 12 months probation.

You see where this is going.

I reached out to Susan Bass of Big Cat Rescue in Tampa, Florida, and here is what she has to say about Mike VII:

The tiger cub that has just been named Mike VII at LSU came from a horrific life at a roadside zoo in Florida and will now live a life that is not as bad. We appreciate that LSU is actually rescuing a tiger cub in need this time. But the real issue here is that captive tigers should not be bred for lifetimes in cages in the first place. This is why Big Cat Rescue is working so diligently to pass the pending federal bill called the Big Cat Public Safety Act (HR 1818). Learn more and ask your House Representative to co-sponsor the bill at BigCatAct.com

To be clear: I’m not dissing LSU for taking in this little guy and giving him some decent digs. I am, however, dissing a world-class veterinary school for not being more upfront about this little guy’s origins.

LSU has a history of cruel treatment of its past tigers. They used to force previous Mikes to ride around the football stadium in a cage and be present at football games. At least now they are doing better by their big cats, and are actively seeking accreditation.  Hopefully it’ll rub off on the people keeping Tony the Tiger at the Slidell truck stop.

And while Florida has more than its fair share of big cat cruelty, let’s not forget that on August 23rd a California teen in a 2017 Camaro was busted trying to smuggle a 6-week old tiger cub into the country from Mexico. 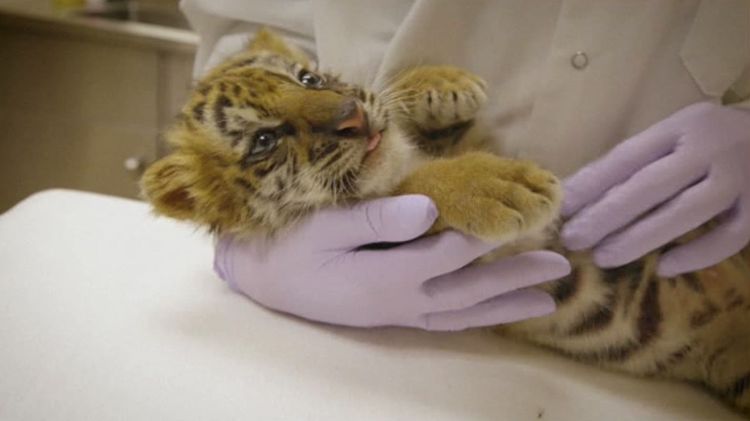 Hello and welcome to my journey of living after existing for years in depression. I write about companion animals, love, and creativity.
View all posts by Jen and the Furries »
« Another Vet Visit for Bubba
Rest In Peace Bubba  »