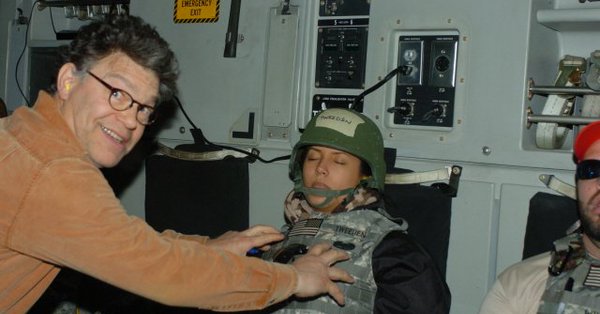 When women came forward and accused Roy Moore of sexual misconduct, molestation of a 14 year old child, and stalking teenagers in the mall, many of us were outraged. But that was easy, wasn’t it? Most of us agree that a 14-year-old girl is not old enough to give consent, and certainly not to a 30-something year old man. Besides, Roy Moore was easy to hate because he’d already proven he does not respect the rule of law.

Some Alabama residents, including evangelical Christians, chose to continue to support Roy Moore, and a feeding frenzy ensued. Supporters questioned the timing of the accusers coming forward. They discounted the allegations as something that happened 40 years ago and in no way affecting Moore’s ability to participate in the Senate. They also stated they were looking at the big picture, and not voting for Roy Moore would negatively impact Trump’s legislative agenda. Others, including me, threw up their hands, incredulous that they would still support such a man.

But then Leeann Tweeden accused Al Franken of groping her, and everything changed.

Suddenly the left was acting every bit as unhinged as those Roy Moore supporters. Why is Tweeden coming forward now? It’s politically motivated. And what she did to Robin Moore was a whole lot worse than what Franken did to her.

Bill Clinton’s behavior has also been resurrected by the media, followed by renewed attacks against his accusers, including a letter published in the New York Times in which Clinton’s attorney again trashes the victims. They had their day in court. We forget that day in court was facing high-powered lawyers. These weren’t rich pretty actors accusing Clinton; they were average women like me (and maybe you) who were in no position to defend themselves from such a powerful and well-connected man.

One big problem with the Women’s Rights Movement is that the women seem to be an afterthought. It’s all about the accused man. We talk about Roger Ailes and Harvey Weinstein, not Gretchen Carlson or Rose McGowan. We only talk about the women when we don’t want to believe them. We all know who Paula Jones is.

Our public discussion is focused on what the men did wrong, but not about how it’s impacted the women, how we can help them heal, or how we can stop sexual harassment from happening.

Look, I like Senator Franken too, but a picture is worth a thousand words. Is there any story you can tell where what Franken is doing is NOT demeaning to Leeann Tweeden? Does who she voted for in the last election or what TV shows she’s appeared on change what is happening in that photo?

In my mind it’s the same thing as diminishing a rape victim because of what she wore, where she was, or what kind of work she does.

As hard as it may be for some of us, we MUST separate women’s issues from political issues. Sure, Republicans consistently support legislation that takes power from women. That does not mean that Democrats are consistently supporting women; what it means is they’re really good at taking those GOP stances and using them to win over the support of progressive women.

Personally I think it’s high time we come to terms with Bill Clinton and all men who abuse women. I want to hear more from perpetrators than just he’s sorry. I want him to discuss how his actions impacted his female victims. He should talk about how she was forced to find work elsewhere. How her earning potential was impacted. How she was viewed harshly by others, including by other women. How instead of the accuser having to prove his innocence, public opinion has forced the victim to prove hers.

Let’s quit looking at harassment in terms of how allegations impact the males accused of it and instead focus on the impact it’s had on the women who were subjected to it. And then let’s hold men- ALL men- accountable.

17 thoughts on “Do We Really Believe Women?”