I knew Aunt E struggled to remember things she’d told me before, but I had no idea she was also rewriting history to suit her.

For example, she has told me numerous times a story about a younger cousin’s first day on the job. I think I should insert here that Aunt E is very fond of this young man and is also rather proud of where he works. So in Aunt E’s tale, my cousin outwits his fellow employees by seeing through their new employee initiation high-jinks.

Last Thanksgiving Aunt E started to tell this tale in front of said cousin, but he stopped her mid-stream and revealed what REALLY happened. His story was funny as hell, and didn’t at all paint him in a heroic light. And yet, two weeks later, Aunt E told her version of the tale yet again, and it hadn’t changed one bit.

It would be easy to pass this off as yet another symptom of dementia, but this is not something only elderly people do.

Despite our claims of hating lying more than any other vice, we tell quite a few lies ourselves, as do a lot of people who we expect to tell us the truth. 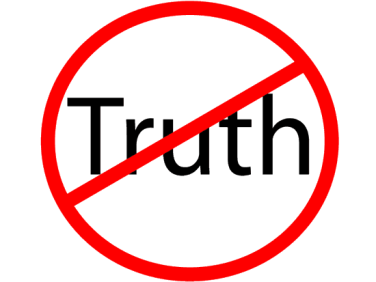 Some lies are protective. When I go to a job interview I don’t want to say I left a previous job because of a bad boss. Even though we all know half of employees who move on do so because of a bad boss, we can’t say that in an interview without taking a chance on that backfiring and making us look bad as a potential candidate. So we talk about opportunities, skill development, and all that stuff. But it’s not true is it? We left because our boss was a jerk.

But what’s most sad is when we tell lies so often we begin to believe them, and convince others to believe them as well. Lies like the US Civil War was not about slavery, when it absolutely was. Or those who lie in the name of religion. I won’t go further than to say I’ll bet each one of you can name at least one religion that’s teaching some crazy shit.

Then there are politicians who lie to us. The Washington Post’s Fact Checker notes our President lies to us on average 5 times per day. Senator Bob Corker said he would not vote for a tax bill that added one penny to the deficit. Guess what he did?

Bill Clinton told us, “I did not have sexual relations with that woman.” Well he sure as hell had something with her.

Tobacco companies lied when they said they didn’t believe cigarettes cause cancer. The sugar industry paid scientists to claim fats caused heart disease instead of their product. Volkswagen lied about their vehicles being low-emission. Pet foods tell us they’re good for your dog/cat/insert species here and yet a bit of homework can show you otherwise.

In an article published in 2015 author Menda Zetlin (@MindaZetlin) lists 7 reasons why we believe lies, such as we like the person who’s lying, or simply because we want to. And it’s easier, isn’t it? Maybe that’s why we’re so willing to believe a man who’s accused of molesting a child over an adult that was the molested child.

If you want to figure out if someone is lying to you, there are some great TED talks and articles out there to guide you… IF you can believe them. 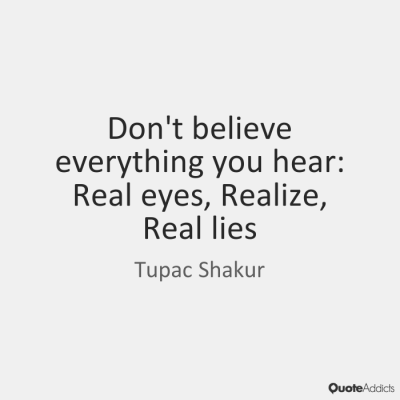 Anway, I’m not going to worry about Aunt E telling me that tired old story about my cousin. It makes her feel good, and it’s not hurting anyone.

Besides, there are plenty of other lies out there I do need to worry about .

5 thoughts on “I’m Telling You the Truth, I Swear!”

(sung to the tune of Island of Misfit Toys) 🎶I was an unloved homeless kitty cat, until I found Jen’s house, now I stay out back, please show us some concern, also practice trap-neuter-return 🎵#catsofig #tnr #communitycatsmovement #catsatchristmas #cats